How It All Got Started 008: Carson
Free serial fiction from author and creator Matthew Wayne Selznick.
3 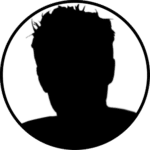 Carson sat up on the bed. “Excellent! Let’s talk. How was your day?”

He imagined Tess on her own bed, tangling a finger in her frizzy auburn curls. “Fine, I guess.”

“Mine was cool… until my parents hit me with this thing,” he said. “They wanted me to take off and go on a business trip with them. Totally tried to hijack our summer. I convinced my dad that it was more important for me to stay here.”

“But why? Where was the trip?”

“You passed up a trip to Costa Rica?” He heard her click her tongue. “Why would you do that?”

Car was confused. “Uh… part of the reason was I didn’t like being told. Not asked.” He sat up straight. “Plus, I wanted more time with you, before… you know.”

She didn’t say anything else. Carson swung his legs around to sit on the edge of the bed. Confusion bagan to turn to something worse, like yellowing on the edge of a photograph.

She sighed. “You should have gone, Car. When are you gonna get another chance to travel like that? I would have done it.”

“You would have? What about—you wouldn’t have stayed?” He didn’t say what he was thinking: You wouldn’t choose hanging out with me for a little while longer?

Another beat of silence.

Tess said, “This is why we need to talk, Carson.”

Car found he was on his feet. He pivoted to untwist the phone cord from around his waist. “What?”

“I mean, we’re going to be really busy this summer, getting ready for the fall. There’s so much to do before we both leave.”

She sighed again, short and sharp. “I think we should break up.”

Car knew they’d have to technically break up at the end of the summer, when fortune took them to different coasts and different colleges. He envisioned a bittersweet couple of months, the slow farewell, driving her to the airport, letters and phone calls to blunt the edge from the inevitable until finally their high school romance became a life-long adult friendship.

“I know. But it just doesn’t make sense to draw it out, honey. It’s, like, taking off a Band-Aide, y’know?”

Car shook his head. “No, I… what? Like, some kind of scab, or something? Is that how you see it?”

“No. Of course not.” She sounded a little exasperated. “I thought you’d get this. It’s the practical thing to do.”

“Screw practical, Tess! We love each other!”

They’d said it before in the ten months or so they’d been together. Carson had never felt it as strongly as he did now that it was being discarded.

The phone clicked. Someone was calling on the other line. Too bad. This was way more important than anything else right now.

“Look,” she said. “I’m trying to do the right thing. I’m not gonna have any time for stuff like this. You’d just get pissed at me.”

He shook his head. “We never talked about this. In fact, we talked about all the things we were going to do together for our last summer.”

“Are you okay with this? I think it’s the right thing to do.”

“I know. I know. But I started to think about it…”

“But you didn’t tell me! I had no clue!” Alone in his room, he didn’t care so much when the tears blurred his eyes. He refused to reveal them in his voice. “I just passed up a totally cool gift from my parents so I could have more time with you. So we could stick to the plan!”

The other line went on clicking.

“Yeah, I guess you would think that. Thanks for deciding that for me, too.”

“Damn it, Car!” She didn’t mind letting her own tears drain into her tone. “I don’t want you to hate me.”

Right on target. Car melted. “I don’t hate you, Tess.” He sniffed. “How could I hate you? But we’re going to be right here, in the same town, just like always, for another three months, practically. Why shouldn’t we, just, do what we planned?”

“I’m not going to be around, Car. I’m sorry. It’s not as simple as you—you’re just going up the freeway. I’ve got to figure out a whole new life, in New York, too—how different is that gonna be? I’ve got a lot to figure out, a lot to plan.” She sniffled as well. “I won’t have time for us. I wish I did.”

Car sighed and wiped his nose. He couldn’t believe it. He was already resigned to it, though. What choice did he have?

What choice did he ever have?

“You there?” She sounded small.

“I’m here.” She was small. Petite and smooth and perfect and… damn it. “So… will we see each other at all before you go?”

“Don’t make it sound like a hassle,” Car snapped. He immediately regretted it. “Sorry. Sorry.”

“It’s okay,” she said. “I’ve got some of your books. And that Stiff Little Fingers record.”

“Oh, yeah.” He wanted that record, but it would probably be a while before he felt like listening to it, now. He tried to be okay. “Well, um… what’d you think of it?”

“I liked ‘Gotta Gettaway,'” she said.

So did he. It was on his mental list of songs to learn on his bass this summer.

More silence. Whoever had been trying to call gave up.

“Okay,” he finally said. “I guess we can figure that out, eventually.”

Another twenty seconds of nothing later, Tess whispered, “Good-bye, Carson,” and hung up.