How It All Got Started 038: Crystal
Free serial fiction from author and creator Matthew Wayne Selznick.
3 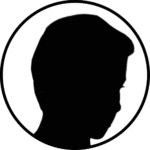 Late Saturday morning, Crystal and her mother sat around one of the small metal tables on the narrow patio in front of the Sunrise Cafe in San Clemente. Now and then, people walked up and down on the other side of the low railing separating sidewalk from dining area. Sometimes, they had dogs, which made the corners of Crystal’s lips twitch.

So far, that was more of a smile than her mother’s jovial banter managed to inspire.

“So, of course,” Pamla Dubois went on, “I told Wynne he could take the break, or explain to Ben why his punch report’s off.” Crystal could feel her mother’s eyes targeting her hard. “Guess what happened.”

Crystal frowned and dragged her blank gaze back to the scrambled eggs cooling on her plate. Just for shits and giggles, she adopted a carnival barker’s lilt when she repeated it. “Wynne took his break.” The practice had started as a joke, turned into an ironic affectation, and was becoming a habit.

Her mother squinted at Crystal. “Is Wynne’s break gonna take, this time?”

It took Crystal only a moment to parse that. Clever, mom.

Pamla gave her a moment. When Crystal didn’t add anything more, she said, “Well. He must hate himself.”

“Not what I said. He must hate himself to fuck things up with you.” She took a leisurely sip from her coffee cup. “So many times.”

“That was the last time.”

Crystal looked at her mother, whose smile stopped at her eyes. Pamla Dubois, Crystal remembered, had endured plenty of “last times” with Crystal’s father.

And yet, Crystal had waited until Preston chose Tall Skinny Gail to be the proverbial straw that fucked the camel in the ass…

Pamla’s eyes widened. “Oh, that’s not what I meant. If this is what it took, that’s that. Could have been…” She shut her mouth. Shrugged. “Well. Anyway.”

Crystal flashed on a memory: police lights; neighbors gawking; bruises on her mother’s tanned legs and cuts on her hands; eye-level for a six year old little girl.

She knew her mother had stopped short of saying, “Could have been worse.” Worse like her dad. Worse like that fucking piece of shit Eric Finn.

She hated that her line of thinking had suddenly squeezed something tight behind her breastbone, something that threatened to push tears out of her eyes…

“Oh, look who it is!” Her mother focused past Crystal’s shoulder.

Crystal twisted around to see. Frank Parrish stood at the hostess table just outside the entrance of the cafe, a smaller, disheveled and tousled-haired guy in a denim jacket at his side.

Frank bent and wrote something on the wait list, straightened up, and saw them. He grinned, waved, bumped his friend on the shoulder, and they walked along the railing to stand next to Crystal and Pamla’s table.

Pamla laughed at this. “You’re always ready with that one, aren’t you, Frank? How’s your sister?”

“May’s fine, last I heard. Making us all proud and putting me to shame, I’m sure.” He bowed lightly to Crystal. “And how are you, Crystal?”

“Just dandy,” she deadpanned around a too-cheery grin.

Frank put a hand on his friend’s shoulder. “This is Burt; he just started down the street at Leroy’s. We’ve been pals for many, many years.”

“Many,” Burt said. He reached out and shook hands with them; Pamla first, which Crystal thought well-mannered.

When he leaned toward her, Crystal caught a sour hint of booze coming off either his breath or his clothes.

Pamla said, “We’d ask you guys to sit with us, but…” She indicated the obvious; only two chairs at the small table.

Frank smiled. “Wouldn’t want to interrupt you two.” His tone was gregarious and boisterous in a way that Crystal thought fit his broad frame. Like a flat-topped Foghorn Leghorn.

For some reason, Crystal found her mood lifting. She swayed between gratitude and resentment.

“Been a while, right?” she said to Frank.

Pamla said, “And she hasn’t babysat Crystal since she was…”

Inexplicably, Crystal was mortified that Frank might be reminded of her pre-pubescent self. She broke in, “A long time ago. Mom.”

Pamla had a twinkle in her eye. “So very long ago,” she agreed.

“Many,” Burt said again. Crystal raised her coffee cup to him, which made him smile.

“Entrenched.” He grinned. His bright eyes made contact with hers for a millisecond longer than was perhaps necessary.

The words came out of her in a rush. “We should catch up.”

Frank’s eyebrows shot up. “Yeah! I close on Monday; maybe we can get a coffee before I go in.” He reached over the rail for a napkin. “May I?”

Burt didn’t need to be told; he turned to offer his back for use as a writing surface while Frank pulled a pen out of the front pocket of his bleach-splattered jeans.

Down toward the front of the restaurant, a hostess called out, “Graham Parsons for two?”

Frank handed the napkin to Crystal. “My little joke,” he said to her. “That’s us!” he called to the hostess, and then turned back. “Call me on Monday around eleven… we’ll work it out.”

Frank gave them both a little wave that Burt mimed. “Nice to see you, Pamla! I’ll tell my folks you said hello. See you in a couple days, Crystal.”

Pamla said, “Give them my love.”

Crystal had her appetite back; she put a strip of bacon into her mouth in a succession of quick bites like Bugs Bunny with a carrot.

Her mother watched her, grinning.

“If you needed to hang around with someone old enough to buy you beer, you could just ask your mother.”

Why in the hell did she just agree to meet Punk Rock Frank for coffee? Men were shitty full of shit shitholes, sooner or later.

She remembered the look on Carson Meunetti’s face when he’d seen Lina all fucked up, last night.

That song from the old Osmonds cartoon jangled in her head: “One bad apple don’t spoil the whole bunch, girl…”

She chewed her bacon and washed it down with cold coffee.