How It All Got Started 040: Alex
Free serial fiction from author and creator Matthew Wayne Selznick.
3 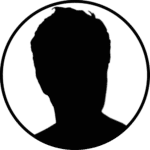 His lips felt strange. A little swollen. So much kissing!

They’d made out on the McLennan Park bridge. They made out in her cramped little Arrow on the side of the road near the park. They decided it was getting really late, drove back to his place…

And then sat in the car and made out in front of his house.

Finally, they’d had to stop so she could get back home before the sun came up and her dad woke and wondered where in the hell she was.

Alex felt bad for Angel. Her dad was a fireman, and had Saturday off, so he’d expect a family day with his daughter that would start with an early breakfast.

At least Alex could sleep in.

Good thing, too. It was nearly four o’clock Saturday morning when Alex finally made it to bed. The second bed he’d been in that night.

He fell asleep excited about Angel, and feeling just a bit full of himself for how… busy… his Friday night had been… and more than a little guilty about Heather.

He whiled away his Saturday, painting and reading and playing guitar and avoiding calling her even though he knew he should.

Even if things hadn’t gone the way they had with Angel, being with Heather just wasn’t quite right. Maybe — probably — because he’d just wanted to be with Angel all along.

He’d thought about how long he’d known her, and how his relationship with Eve had taken place entirely within the time he’d known Angel.

How he’d often turned to Angel as his confidant during the worst of times with Eve.

And then Eve left.

And Angel was still around.

He had to talk to Heather.

And yet, Saturday came and went. He told himself maybe she’d been out doing stuff anyway, since, after all, she didn’t call him, either.

The bank was open a half day on Saturdays; maybe she had to work?

Sunday morning, he couldn’t justify any of the excuses offering themselves in his brain.

After breakfast he went to his room, closed the door behind him, and got on the phone.

She answered on the first ring.

“Hey!” She brightened considerably. There was a hint of good natured teasing in her voice when she added, “Get enough sleep?”

He laughed. “Yeah… sorry about that, and sorry I didn’t call yesterday.”

She laughed loud enough that Alex had to pull the receiver away from his ear. “So… um… I had fun before you, y’know, before you had to go.”

“I have to admit,” she said, “I’m not used to guys wanting to leave in the middle of the night.”

Alex opened his mouth but couldn’t say anything. How many guys..?

The silence stretched just long enough that it got uncomfortable; probably for her, too.

Heather finally said, bubbly but just a little strained, “So we’ll just have to get you used to my bed…”

Another beat of silence, and again, Heather broke it.

He didn’t know how much to lie.

There was confusion in her voice, tinted with hurt. “We really clicked the night we met.”

She cut in, wry and crisp. “And you didn’t seem to mind having sex with me.”

“It’s not you.” He heard his own voice dropping down to match his drooping head, pushed down by shame that weighed heavy on the back of his neck.

“No, seriously. I — I’m really sorry, Heather; I know this makes me seem like a total asshole, and maybe I am, I don’t know; I wouldn’t blame you for thinking that… I — I just… I didn’t have my head on straight; there’s stuff I needed to figure out; that’s why I couldn’t sleep, why I had to take off Friday night.”

“What kind of stuff?”

“It’s…” He wasn’t about to tell her about Angel. “It’s complicated.”

“You figure it out?”

She exhaled; a quick, sharp sigh. “Okay, Alex. Well, thanks for dinner. Good luck with everything.”

A heavy clack in his ear; a dial tone.

She hung up on him.

She hung up on him!

He wasn’t angry. He didn’t feel like he had any right to be angry.

But not too bad.

Maybe it was the crest of hope and exhilaration he still rode from his breakthrough with Angel. Maybe it was left-over emotional fatigue from so many difficult and ultimately fruitless conversations with Eve.

He took a deep breath and put a hand on his belly. A literal gut-check.

Yep. His stomach was tight and just a bit queasy with tension. Just like when he’d fight with Eve.

This was not that.

And now it wasn’t anything at all.