One More Ticket for The Fabulous Riverboat 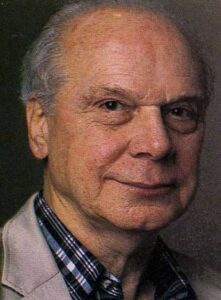 Farmer is one of my forgotten influences. When people ask, I always site Bradbury, Burroughs, Niven… but how can I discount how many times I re-read Dark Is the Sun, (with its remarkable ageless plant-centaur) or the Riverworld series? It wasn’t even that long ago I joyfully romped through an ACE Double of Lord of the Trees and The Mad Goblin, Farmer’s double-feature Tarzan / Doc Savage pastiche.

Philip Jose Farmer’s Wold Newton Universe, wherein he put Lord Greystoke, Sherlock Holmes, Professor Moriarity, Nero Wolfe, Doc Savage, Fu Manchu, Professor Challenger, James Bond and others in the same wonderful family tree, and which spawned “fictional biographies” of Tarzan and Doc Savage, fascinated me as a child and instilled in me a desire for connecting threads in my own fiction. Reading Warren Ellis’ Planetary, it seems to me I was not the only one.

Not only did Farmer love putting fictional characters into the real world… he also took real people and put them into a fictional world. His Riverworld series, where every human who has ever lived and died wakes on the banks of a twisting, world-girding river, is so much damn fun I bought the whole thing when I was a kid and then bought the quality paperback re-issues as an adult, and still own both. I’ve read the whole thing at least three times.

I mean, c’mon… Mark Twain, Sir Francis Bacon, the woman who inspired Lewis Carroll to create Alice, and a freakin’ Neanderthal team up to solve an alien conspiracy? Damn right!

I owe him, and I thank him.

Writers, artists, creators… who are your forgotten influences? Bring them to light in the comments — or, if you’ve already written a blog post or article to celebrate them, by all means, leave a link.  Let’s share!