Sonitotum with Matthew Wayne Selznick 028: What Is Worldbuilding?

This episode of Sonitotum With Matthew Wayne Selznick is all about worldbuilding: what it is, how all fiction writers worldbuild regardless of medium or genre, and the opportunities available to writers when they invest in deep, comprehensive worldbuilding as part of their creative process.

Also, it’s the last episode of the year, and what a year it has been. I get a little mushy with you.

Links and Topics Mentioned In This Episode

It’s easier than ever to write a review about Sonitotum with Matthew Wayne Selznick. Just click!

The best way to listen to Sonitotum with Matthew Wayne Selznick is to subscribe. That way, new episodes automatically appear in your podcast player app or software as soon as they’re published. 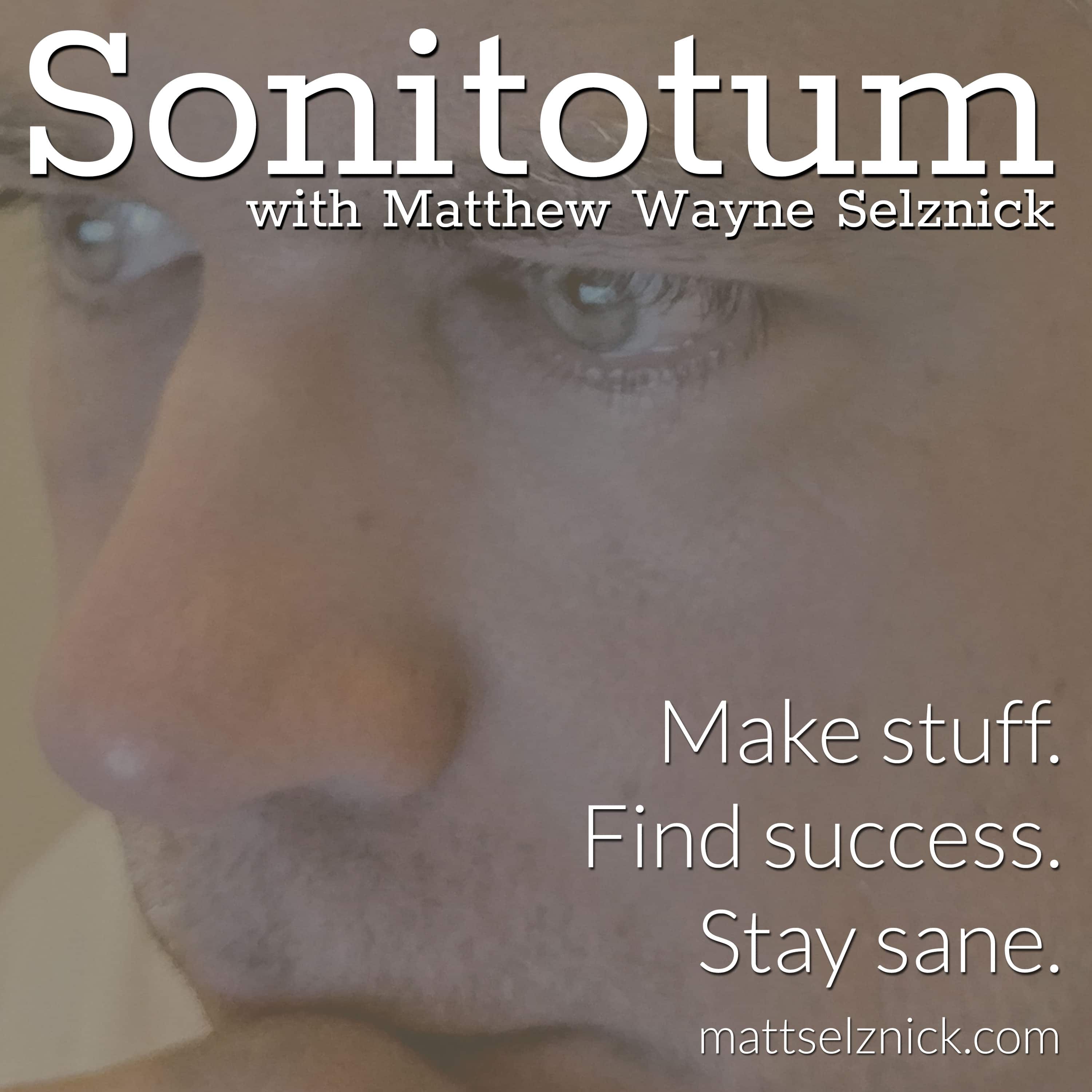 Or subscribe with your favorite app by using the address below

Don’t forget! You can now also subscribe to the show via Amazon Music.

And of course, you can also receive e-mail notices every time there’s a new episode of Sonitotum.

Be A Guest on Sonitotum

I’m always interested in talking to independent creators willing to have a transparent, in-depth, unguarded conversation about making stuff, finding success as you define it, and staying healthy and sane in the process. Check out this episode with musician Emma Wallace to get a sense of what I’m talking about.

Fill out this form, and when you do, select “Sonitotum Podcast Guest Inquiry” as your contact category.

For those who are interested (folks sometimes ask), here are the hardware and software tools I use to make Sonitotum. I have affiliate arrangements with some of these products and services. If you make a purchase when you click through using my links, I may earn a small commission at no extra cost to you. It’s a great way to help support the podcast… so thank you!

What Did You Think About This Episode?

What are your thoughts?  Let’s hear from you in the comments!